Almost every keen crafter will have heard of something called mod podge. When you have spent hours working extremely hard on a piece of crafting, the last thing that you want is for it to become damaged because you didn’t seal your work. 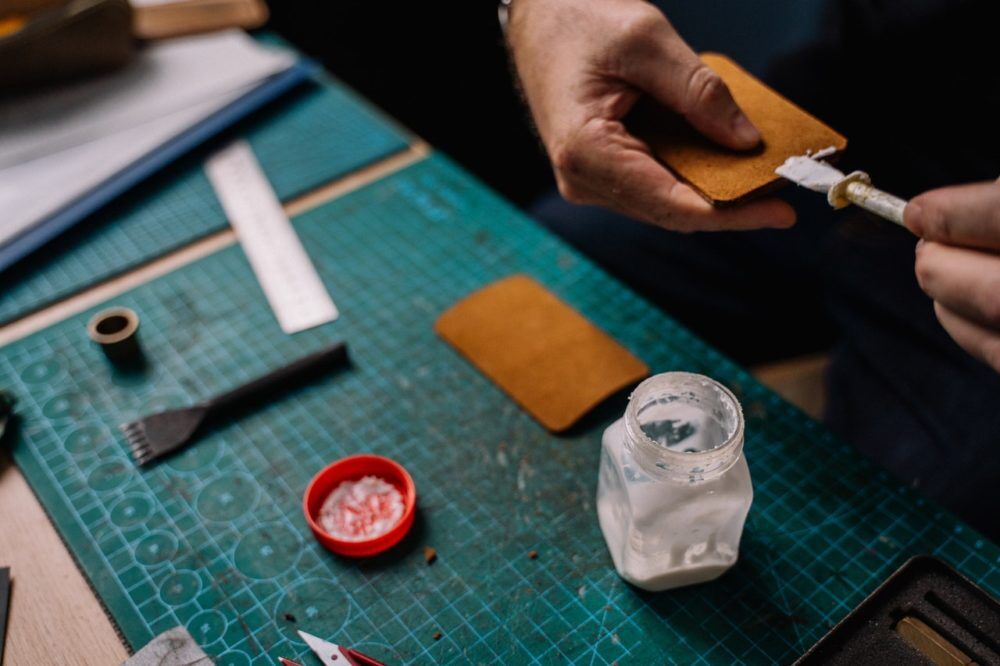 So if you have considered using mod podge on your crafting, but have stopped because you don’t know enough about this tool then you are in the right place.

In this guide, we’re taking a look at exactly what mod podge is, whether or not it dries clear, and reasons why your mod podge might not operate the way that it is supposed to.

What is Mod Podge?

Before we take a look at whether or not mod podge dries clear, let’s first establish exactly what it is. As you have probably already gathered, mod podge is a tool that is primarily used in crafting activities.

Unlike other crafting tools, such as paint or charcoal, mod podge is something that is used at the end of your crafting activities.

Mod Podge is a brand of decoupage medium that acts as a glue, a sealant, and a finisher for craftwork all in one tub. It can be used on a variety of different surfaces, from wood to synthetic fabrics to seal your work and ensure everything remains where it is supposed to.

Mod podge is designed with several different components to its recipe which makes it perfect for lots of different crafting tasks. This is why it is an essential part of your crafting kit.

It has a similar consistency to PVA glue and can be easily applied over the top of your artwork to seal it and ensure no damage occurs.

However, one thing that might put people off of using mod podge is its milky white appearance. You might expect something that is designed to seal your work to be clear in color, however, mod podge is not.

With that in mind, let’s take a look at whether or not mod podge dries clear once it is applied to your work.

As we have already mentioned, mod podge has a milky white appearance which can put some people off of using it. However, there is no need to fear because mod podge actually dries clear.

While it might be tempting to apply thick layers of mod podge onto your artwork because you want it to be fully protected, this act might damage your hard work.

Mod Podge is designed to dry quickly, and applying thick layers will affect its ability to dry at speed. So it is better to be patient and apply multiple thin layers of mod podge, allowing the glue to dry between every layer than to apply a single thick layer.

But even though mod podge is designed to dry clear, this isn’t always the case, and there are other reasons why it might not grow rather than you simply applying too much. With that in mind, let’s take a look at other reasons why your mod podge may not have dried clear.

As we have mentioned, the mod podge is supposed to dry clear, however, there have been some circumstances where this has not happened. The ability of the mod podge to do its job properly is affected by a lot of different factors, so let’s take a look at some reasons why your mod podge may not have dried clear.

The first reason we have already mentioned and this is that you may have applied the mod podge too thickly. Mod podge is designed to be used in single, thin layers and requires a lot of patience.

If you decide to apply a single thick layer instead of following the instructions you open yourself up to the risk of clumping. This occurs when some of the mod podge has dried clear, however other areas of the material have clumped together.

The clumped areas will be unable to dry properly, causing them to remain milky white in color, instead of clear. If this occurs, it is not the end of the world, and you can normally salvage your artwork by sanding away the clumped pieces of mod podge.

However, in the future, it is better to remain patient and follow the instructions for the best results.

Another reason that your mod podge might not dry clear is that you have applied a second layer to it when the first layer was not dry.

The instructions suggest that you should wait between 15 and 20 minutes between layers, however, if you are not certain that the first layer was dry we would recommend waiting a little bit longer just to be sure.

Alternatively, your mod podge might not have dried clear because it is not actually dry yet. A common way of using mod podge is to apply it to jars that have had artwork completed on them.

For the mod podge to be able to dry it has to come into contact with air so you should bear this in mind when you use it.

In short, yes in most cases mod podge will dry clear.

As long as you follow the instructions and apply thin layers the mod podge will do its job properly and it will provide effective protection to your artwork.