Gouache is pronounced as ‘gwash’ and is a member of the watermedia family and literally translates as body color or opaque watercolor. It isn’t as popular as other paints and is sometimes mistaken for poster paint or just opaque watercolor.

Gouache is made up of natural or synthetic pigment colors, water, and a binding agent such as dextrin (gummy stance obtained by the hydrolysis of starch) or gum arabic (the hardened sap of an acacia tree). 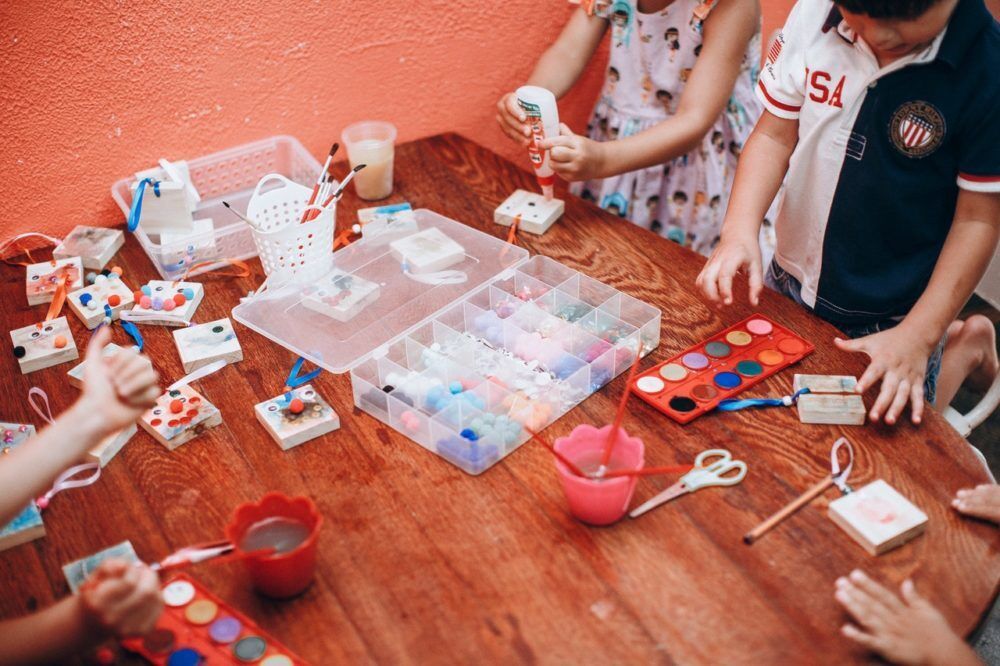 Gouache is extremely easy to use and dries fast, but if you’re not happy with what you have painted, you can go back and change it as it can be reactivated with water.

Gouache does seem very similar to watercolor as its properties are alike, for example, it can be re-wetted and it dries as a matte finish.

However, it is also similar to acrylic paints or oil paints in that it is used for more opaque painting. It is a good mix of the two mediums and is ideal for beginners to use. You can often add chalk to the paint to give it some extra body.

How to use it?

You can use gouache paint on paper, canvas, or even cardboard if you wish. There is no set way on how to use gouache as its properties allow it to be a dynamic medium.

Use any round or flat brushes that you wish and have fun with your painting. You can water down your gouache paint to start with to create a nice wash color and then once dry, you can use colors with on water added to create anything you want on your surface.

The crazier the better, after all, bright colors are meant to be fun.

You can use gouache paints straight from the tube or you can thin it out with water to use as a wash. Unlike watercolor, however, you will not be able to use as many layers.

Gouache paint dries very fast and lighter colors tend to dry darker than their original color and darker colors seem to dry lighter. So take care when touching your surface as they may look dry but they might not be. The paint is also great for using light colors onto dark colors.

If you feel uninspired on how to use your gouache paints, then there are plenty of YouTube videos online to help you and you can even browse painting and art forms online where they have used gouache paint.

Gouache has been around for thousands of years. The term gouache was originally known as guazzo and was derived from Italian culture.

It translates literally as ‘mud’ and refers to the early 16th-century application of putting oil paints over a matte base. It was then the French in the 18th-century who declared that gouache was to refer to opaque watermedia.

Ancient Egyptians used to use gouache, which at the time was mixed with honey or tragacanth gum to bind it together and was used to create beautiful Egyptian murals. In the 15th-century, German painter, printer and theorist Albrecht Durer started to use gouache to give his paintings a ‘soft glow’.

Later in the 18th-century, Francois Boucher used gouache paint for his pastel colors in his Fragonard-inspired piece called ‘The Birth and Triumph of Venus’ which now resides in the National Gallery in central Stockholm in Sweden.

Impressionists wanted to capture feelings and experiences of life outside of the studio, so needed the vivid colors of gouache paint to depict all the qualities of natural light and the outside world in their paintings.

Abstract and modern artists often use or experiment with gouache. Popular French artist Henri Mattise was the biggest contributor to abstract art using gouache as his medium.

After he survived cancer at the age of 71, he was left disabled and had to find new ways to carry out his art. He would cut out different abstract shapes from paper then paint them with gouache, he would then create a funky collage out of all the shapes on a surface.

This stage of his artistry life gave his work a whole different dimension and was a huge contribution to abstract art and its place within more traditional art forms today.

American modernist Alexander Calder used gouache on some of his most iconic paintings, despite being known for his sculptures and mobiles. His exhibitions of work using the medium have been displayed across the world to this day and you can even buy prints of his best pieces online.

In the later of the 19th-century, gouache was used for poster painting in the US and was mass-produced, being sold in cans and tins for commercial and at-home use. Gouache is most consistently used in commercial art in posters, comics, and other design work.

Nowadays, the likes of Doorsen and Freeman are creating innovations through the medium of gouache.

Where can I buy gouache paints? 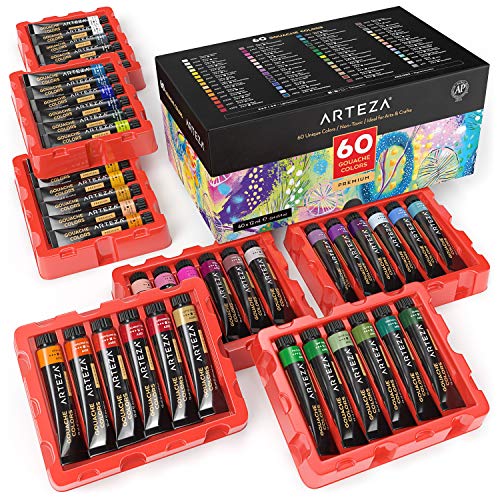 If you’re interested in creating your own paintings with gouache then you can buy some top quality-paints here.

Otherwise, you’ll find them readily available at most art supply stores, most grocery stores, or search them online.